Australia combines many desires of tourists and locals alike. The vast country, the many natural spectacles, the species-rich flora and fauna, but also the various large cities with gigantic architecture are just some of the attractions, which is why over six million people visit the 5th continent every year. The country of Australia is located northwest of New Zealand. The capital is not Sydney or Melbourne, but Canberra. 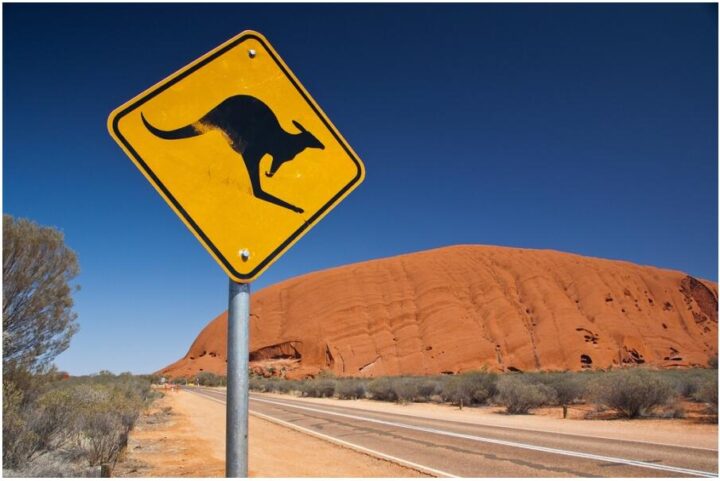 The friendliness, helpfulness and very cosmopolitan way of thinking of the Australians is well received by travelers. The numerous sights in particular show the beauty and complexity of this unique country. From breathtaking beaches to mountains and deserts to vibrant beaches, there are attractions for every taste.

In the following we present you the most exciting tours, the most beautiful attractions and the best sights in Australia.

The Great Barrier Reef has been world famous since the hit movie “Finding Nemo” at the latest. The area off the northeast coast of Australia covers an area of ​​around 350,000 km² and has been a UNESCO World Heritage Site since 1981. Over 2900 contiguous coral reefs make up the world’s flora and fauna.

Snorkeling, diving and boat trips to the reef are some of the most popular things to do for visitors to Australia. The natural spectacle in all its splendor remains an unforgettable adventure. In total, there are over 1500 different fish species that shine in a wide variety of colors.

2. Uluru (Ayers Rock) – the sacred mountain in the outback

Ayers Rock should of course not be missing on any tour of Australia: The typical postcard motif is an absolute must not only for amateur photographers. The holy mountain, which the indigenous people of the country call “Uluru”, has become the country’s symbol and is usually the destination of longing for exciting journeys through the red earth of the outback.

The land is considered sacred to the Aborigines of the Anangu tribe. The approximately 500 million year old mountain already glows from a distance in a rusty brown tone and is around 350 meters high. Ayers Rock is located in one of the largest national parks in the country, the Uluru-Kata Tijuta National Park. Here, among other things, neighboring rock domes (The Olgas) can be viewed.

Other sights in Australia include the 250 km long stretch of the famous Great Ocean Road. For this trip alone, it is worth taking a rental car. While the B 100 car route in the state of Victoria is easy to drive in a day, you should take your time for this particular road. Because in many places there is a lot to discover such as wild koalas, kangaroos and parrots.

The Great Ocean Road begins in Torquay, which is also very popular among athletes due to its windy conditions: kitesurfing, windsurfing and skydiving are just a few of the local sports. The picturesque and sometimes rough coast can be admired on the entire route to the end point in Allansfort.

4. Fraser Island – the largest sand island in the world

Fraser Island is a UNESCO World Heritage Site and for good reason: The island is the largest sand island in the world, stretching over an area of ​​around 1,800 square kilometers. It is located in Sandy National Park in the state of Queensland. The crystal clear water of the 200 or so lakes is a feast for the eyes for amateur photographers and nature lovers alike.

Despite the clearing by humans, which continued until the 1990s, many animal species such as wallabies, wild horses, dingoes and nasal pods live there. At special times of the year, whales and dolphins can also be seen in the sea. Another highlight of the island is the rapid drive on the 75-mile beach on the east coast, it is (no joke!) Despite the sandy soil as an official highway!

In addition to koala bears, kangaroos and wallabies, cockatoos are an important natural attraction on the “5. Continent “Australia. Kakadu National Park is located in the state of Northern Territory and covers an area of ​​around 170 square kilometers. It is particularly easy to reach from the city of Darwin and is one of the region’s most popular excursions. Not only colorful cockatoos, but over 10,000 species of insects, 60 different mammals and over 300 species of birds live in the wild nature of the national park.

Designated hiking routes and campsites enable travelers to experience nature up close. A special experience is bathing in the Jim Jim Falls, a natural pool with crystal clear water. Aborigines have lived in the entire national park for over 50,000 years, and you can admire their wall and cave paintings. Today around 500 indigenous people still live in their defined area, which was granted to them in 1976. 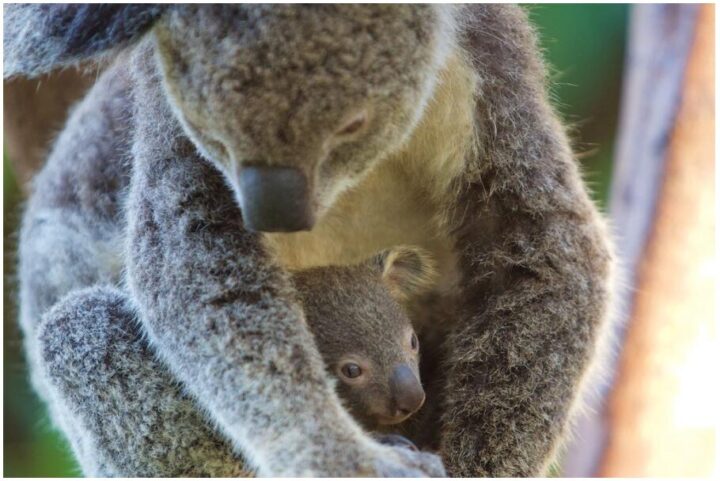 Strictly speaking, the 12 Apostles are an integral part of the Great Ocean Road experience. Due to their special attraction and great popularity, we give the Twelve Apostles in Port Campbell National Park between the cities of Princetown and Campbell their own place in our TOP10 list. Originally there were 12 limestone pillars protruding from the water, but today only eight of them are actually left.

The last rock to date to fall victim to the salt water broke away in 2005. The remaining eight rock pillars protrude like sculptures out of the water and are a real eye-catcher. A visit is definitely worth it, especially with a view to the future: Experts assume that more rock pillars will break away in the next few years.

In the state of Queensland, off the coast, there is the paradisiacal network of the Whitsunday Islands, which are not only popular with divers and sport fishermen. The Whitsunday Islands, as they are also known, are lined with long sandy beaches, pine forests and colorful coral reefs. One of the most beautiful beaches in the world is also located here in the national park:

Whiteheaven Beach is the most photographed beach in Australia and offers a uniquely beautiful play of colors with the transition of countless blue and turquoise tones into the really bright white sand on the shore. The blasting is caused by the more than 98 percent quartz content of the sand. Excursions are possible by helicopter or speedboat from Airlie via Hamilton Island.

The Blue Mountains show that Australia is not just made up of lowlands and outbacks. The Blue Mountains are located in the state of New South Wales and are very popular with hikers. Before you can even discover the Blue Mountains, you perceive them in a different way: The essential oils of the eucalyptus trees give off a particularly pleasant scent.

This fragrance is also responsible for the name of the Blue Mountains, which colors the mountains in a light shade of blue. The Blue Mountains have been a UNESCO World Heritage Site since 2000, where you can ride, hike, fish or climb. To get to the Jamison Valley, you can take the steepest cable car in the world.

9. Sydney – a metropolis of unique beauty

When you talk about Australia, the magical metropolis of Sydney inevitably comes to mind. Other cities such as Melbourne or Brisbane deserve special attention, but none of them offer as diversity as the largest city in the country. The list of attractions in Sydney is long:

Of course, the Opera House with its fascinating architecture is at the top of the list. The Harbor Bridge is also particularly formative for the cityscape and one of the most popular photo opportunities; an adventurous bridge climb is also offered here. It is more leisurely on the chilled surfing beach Bondi Beach, which you should definitely not miss!

10. Tasmania – Island of the Tasmanian Devil

Although Tasmania is a separate island from the mainland, it is an independent state of Australia. The locals like to call their popular island “Tassie”. The capital Hobart is sometimes the largest in the state that is a UNESCO World Heritage Site. There you can stroll in the colorful markets or feast comfortably in the numerous restaurants.

In the cities, you can discover the country’s culture in the various museums. The island is also known as the Emerald Island because there is a lot of nature and few cities such as Hobart or Launceston. The Tasmanian devil, albino wallabies and wombats are just a few of the many animal species on the island.