According to abbreviationfinder, Austria is a nation in Western Europe. Its capital city is Vienna. The end of the Cold War in the early 1990s changed Austria’s security policy situation. Although Austria maintained its position as a neutral country, it became possible to make a freer interpretation of the neutrality. Among other things, this was expressed in an application for membership of the then EC. Austria joined the EU in 1995. 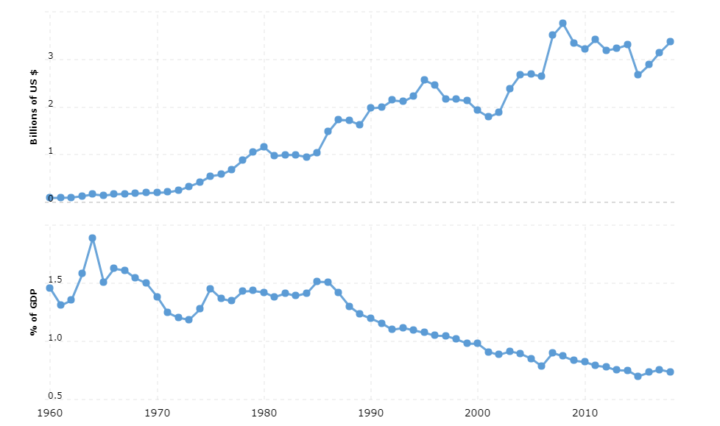 The freer view of neutrality also paved the way for a less strict view of the state treaty (see Modern History). In the autumn of 1990, some sections of the treaty that were considered obsolete were repealed, including the ban on the purchase of missiles and German weapons. The changes were carried out in agreement with World War II victorious forces.

Neutrality has not prevented Austria from participating in EU deepened foreign and defense policy cooperation. The country has been contributing troops to the EU’s rapid response forces (so-called Battlegroups) since 2011. Austria has participated in and participated in several EU military operations, including in Congo-Kinshasa, Bosnia-Herzegovina and Kosovo. Troops were sent to Afghanistan in 2005, but they did not participate in any fighting because of the neutrality.

Austria has also been part of several UN peacekeeping efforts since the 1960s. The country has played an important role within the world organization and has played an important role as mediator in international contexts. Especially during Bruno Kreisky’s time as Foreign Minister and Chancellor in the 1960s and 1970s, Austria pursued an “active neutrality policy”. Vienna, after New York and Geneva, is the city that houses most of the UN’s sub-union and trade union body, among them the IAEA nuclear energy body. The Organization for Security and Cooperation in Europe (OSCE) also has its headquarters in Vienna.

Austria has sought to strengthen cooperation with the new EU Member States in Eastern and Central Europe and the Government has strongly advocated EU membership for the Balkan countries.

But relations with neighboring countries have not been frictionless. The unresolved issue of compensation to the so-called Sudetis affects the relationship with the Czech Republic and also Slovakia. Up to 3 million Sudanese were displaced from then Czechoslovakia after World War II and thousands were killed. The Sudetis, some of whom live in Austria, have demanded an apology and damages from the governments of the Czech Republic and Slovakia.

The construction of a Temelin nuclear power plant in the Czech Republic has also caused widespread protests in Austria. The nozzles were particularly chilly in connection with the first reactor to be put into operation in 2000, when protesters on a couple of occasions blocked all border crossings between the countries. Protests have also occurred later in Austria, where resistance to nuclear power is widespread (see also Natural Resources and Energy).

Austria has tried unsuccessfully to get EU support for rules that limit heavy truck traffic through the Alps. This has contributed to increased EU skepticism, as well as the response from other EU countries in connection with the fact that the xenophobic FPÖ came into office in 2000 (see Modern history). In recent surveys, the Austrians have in recent years been among the most critical in the EU.

Relations between Austria and Turkey have at times been disturbed by the widespread resistance among Austrians to Turkish membership in the EU.

Freedom of the Alliance has in recent years become a sensitive issue. The bourgeois People’s Party ÖVP has wanted Austria to seek membership in the NATO defense alliance, which the Social Democrats and the Greens have rejected. Austria has been approaching NATO for the past two decades, partly through membership in the NATO Partnership for Peace, and partly through participation in international peace missions led by NATO.

The question of whether the country should introduce military service instead of military service has divided the parties and the government in recent years. The ÖVP has traditionally been advocates of military service, while the Social Democrats have wanted a change. When a referendum was held on the issue in 2013, 60 percent of voters voted to retain the military duty. It lasts for six months