According to abbreviationfinder, Bosnia and Herzegovina is a nation in Southern Europe. Its capital city is Sarajevo. Bosnia, which consists of two autonomous entities – the Federation of Bosnia-Herzegovina and the Republika Srpska – is largely held together by strong external pressure. Central power is weak, and since the peace agreement in 1995, the country is partly controlled by direct involvement of the international community. The EU has taken over the role of a leading player from the United States. Relations with neighboring countries are relatively stable. 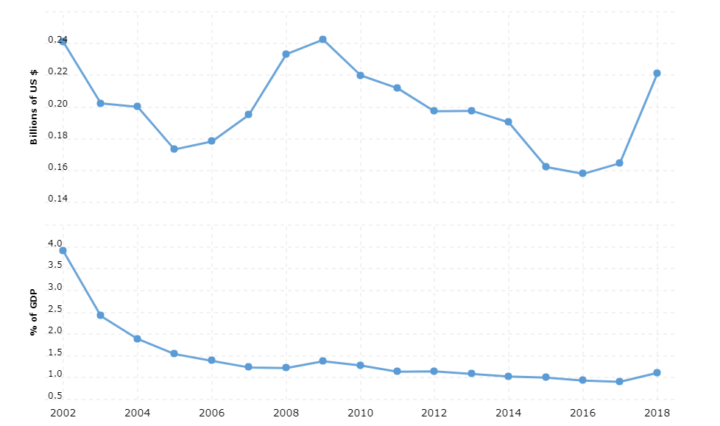 After the end of the war in 1995, the United States held a dominant position through the NATO-led peacekeeping force Ifor’s presence in the country. Ifor, which consisted of 60,000 men, was converted to Sfor after one year, and the military presence was then gradually reduced. In 2004, the EU peacekeeping mission was taken over. Since 2012, the peacekeeping force Eufor Althea consists of 600 men.

Between 2002 and 2011, the High Representative was also the EU’s special envoy in Bosnia.

The goal is for the High Representative to be withdrawn and for Bosnia to govern itself, but the country is so politically unstable that it has so far been deemed unreasonable.

The pressure on Bosnia is now being made through economic and political means. Although the direct aid flow has slowed considerably, the country is still receiving assistance from abroad. The forces that want to get Bosnia to function as a modern, independent state strive to implement reforms with the aim of becoming a member of the EU in the future. However, the groups in the country that oppose increased integration within Bosnia are often in the way.

The biggest stumbling block in relations with the EU has long been the sometimes lacking cooperation of the Bosnian authorities with the International Criminal Tribunal for the former Yugoslavia (ICTY) in The Hague. The opposition to arresting suspected war criminals was particularly great in the Republika Srpska. However, ICTY was discontinued at the end of 2017 (see also Democracy and Rights).

The EU has also demanded that Bosnia strengthen the rule of law and democracy and improve the conditions for business.

A recognition that the country was about to adapt to the demands of the outside world received Bosnia when it was admitted to the Council of Europe in 2002.

The EU also recognized Bosnia as a potential candidate country in 2003 and 2005, negotiations on a so-called Stabilization and Association Agreement began. The agreement, which is considered the first step towards EU membership, was signed in 2008 and entered into force in 2015. Thereafter, Bosnia could apply for membership and the country was formally approved as a candidate country at the end of 2016. But it is expected to take a while before the Bosnians can even start membership negotiations with the EU.

Strong wishes were also there from the beginning on a Bosnian membership in NATO. It helped the military in the two entities in 2003 agree to obey a joint defense minister and a single commander-in-chief. In addition, it was decided to introduce common uniforms, an important symbolic step for the former enemy armies. At the end of 2006, Bosnia was adopted into NATO’s Partnership for Peace (PFF) cooperation program, and in 2010, NATO decided on an action plan describing the conditions for future membership.

Gradually, however, a future NATO membership has become an internal Bosnian battle issue. Bosniaks and Croats still want to work for a rapprochement with NATO, but Serbian leaders oppose it and advocate military alliance freedom. Strong Serbian nationalist forces want to see an approach to Russia.

Contacts with neighboring countries were facilitated when the nationalist leaders who ruled the countries during the wars eventually disappeared. At a meeting with Croatia and the then Yugoslavia (now Serbia) in 2002, it was agreed that the borders between the countries should be respected, the return of refugees should be facilitated and regional cooperation strengthened. Nevertheless, Bosnia and Croatia have a smaller border dispute concerning the area around Bosnia’s short coast towards the Adriatic.

Serbia’s role in the war is a recurring source of bitterness between the countries. The Criminal Tribunal ruled in 2001 that the Bosnian Serb army committed genocide in Srebrenica. But Bosnia also brought the complaint against Serbia for genocide, at the International Court of Justice (ICJ), which also has its seat in The Hague. The process was the first in the ICJ where one state accused another of genocide. The court ruled in 2007 that what happened in Srebrenica was genocide, but that Serbia did not bear direct responsibility. The verdict aroused great disappointment among Bosniaks.

In 2015, relations deteriorated in connection with disagreement over in which country a Bosnian suspected war criminal would be brought to justice. The dispute resulted in a state visit by Serbia’s President Tomislav Nikolić being canceled. Serbia’s Prime Minister Aleksandar Vučić was subjected to stone throwing and burping when he came to Srebrenica to attend a ceremony on the 20th anniversary of the massacre there. Towards the end of the year, however, the two governments held a first joint meeting in Sarajevo, and Vučić was able to return to Srebrenica to honor the victims of the massacre.

Bosnia has not recognized Kosovo’s independence, as the Bosnian Serbs in solidarity with Serbia refuse it. Other countries that were part of former Yugoslavia recognize Kosovo.

The defense consists of troops from all three previously hostile forces. In 2016, the Bosnian military conducted a first of two joint exercises with both NATO and the EU. Bosnia also participates in peacekeeping operations abroad.