Italy is a nation in Southern Europe. Its capital city is Rome. Italy’s foreign policy has been dominated by strong support for European integration and the NATO defense alliance. Italy played an important role in Western European cooperation that led to the formation of the EU’s predecessor Coal and Steel Community in 1952, and Italy joined the Atlantic Pact (NATO) at its founding in 1949. NATO’s Southern Europe headquarters is in Naples, and NATO has access to both aviation and naval bases in the country. 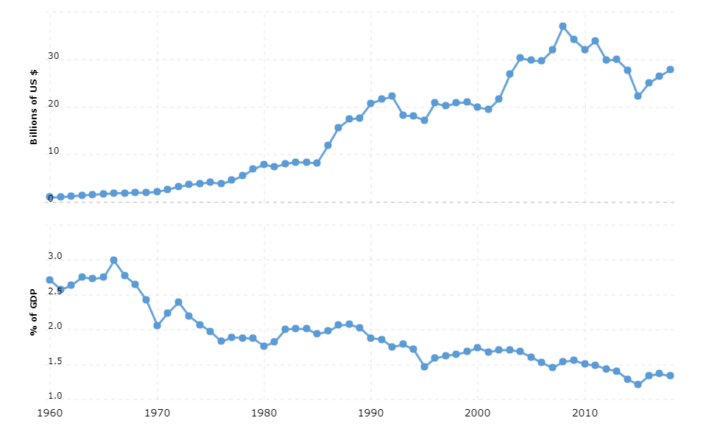 The constitution and pacifist moods in the country have long restricted Italy’s military participation in international conflicts. A change occurred in 1999 when the government chose to support NATO’s bombing war to persuade Serbia to leave Kosovo. Some of the air strikes against Serbian targets were based in bases in Italy.

Despite political opposition at home, Italy offered the United States a naval force when the war against the Taliban in Afghanistan began in the fall of 2001. An Italian force of a few thousand then joined the NATO-led Isaf force in Afghanistan.
The Italian public was even more negative in supporting the US alliance’s war on Iraq in 2003, but then-Prime Minister Silvio Berlusconi, who ran a US-friendly line, sent a force of about 3,000 men to Iraq. When many Italians were killed in a suicide attack and the US military killed an Italian intelligence agent, resistance grew. In 2006, all soldiers were taken home from Iraq.

The relationship with the United States was also disturbed in 2003 when a Muslim theologian was kidnapped by Italian CIA agents in Milan and brought to Egypt, where he was allegedly tortured. An Italian judge indicted a group of CIA agents and a flight colonel in their absence. In 2009, 23 missing persons were sentenced to prison for kidnapping. It was the first trial in the world against the CIA’s secret handling of suspected terrorists.

Italy also participated in the NATO-led airstrikes against the Libyan regime in 2011. In the war in Syria, Italy has provided some support to the US-led coalition’s aviation fights against the extremist Islamist group Islamic State bases.

Italy has also sent soldiers on UN missions abroad, including to Afghanistan and Lebanon, but also to Africa and countries in Europe such as Moldova, Kosovo and Ukraine.

Italy has had a special relationship with its former colony of Libya. When Libya’s isolation towards the western world was broken after the turn of the millennium, Italy wanted to cooperate against the flight and smuggling of people across the sea. The countries signed an agreement on joint patrol at sea in 2007, and Prime Minister Berlusconi visited Libya’s dictator Gaddafi in 2008 and promised major investments in Libya. Italian oil and gas company ENI became the largest foreign investor in Libya, providing Italy with one-fifth of the country’s oil.

Following the uprising in Libya in 2011, the Italian government was forced to take Gaddafi’s hand. When the regime collapsed and Gaddafi was killed, normalization of relations began, but when the situation in Libya later degenerated into chaos and civil war, the dialogue was interrupted. The embassy in Tripoli was closed for security reasons, but in 2017 Italy was the first country in the west to reopen its embassy.

For Italy, relations with Libya are important not least because a large part of oil and natural gas imports come from here. But it is also about economic exchange in other forms and about curbing crime and, not least, the migratory flow across the Mediterranean. Libya is a transit country for many African migrants trying to cross the Mediterranean in search of a new future in Europe. In the summer of 2018, Italy and Libya agreed to breathe new life into a friendship agreement that was concluded in 2008 but was put on ice when Muammar Gaddafi collapsed. Under the agreement, Italy will invest the equivalent of US $ 5 billion in Libya. In return, the Libyan authorities will work to prevent people from accessing Italy via Libyan land. Libya also undertakes to receive the migrants that Italy sends back.

Relations with neighboring countries in the EU have been strained during the European migrant crisis of recent years (see Population and languages). Under the Dublin Regulation, refugees are to seek asylum in the first country they arrive in, but tens of thousands of those who have arrived in Italy have failed to register and have moved on to other countries in the EU. When Italy has been criticized for this by other EU members, the country has pointed out the hopelessness of trying to apply the Dublin Regulation and demanded that it be renegotiated. Italy has received financial support from the EU to take care of the hundreds of thousands of people who have fled the country on the run from war and poverty, but the government has accused other EU members of doing too little and leaving Italy alone.

The economic crisis also had a negative impact on relations with the EU. The Italian economy has been subject to regular checks, and the Italian government has condemned the Union’s demand for austerity. Confidence among Italians for the EU has dropped during the 2010s.

Relations with France have deteriorated since the right-wing populist government took office in Italy in 2018. The issue of migration in particular has caused problems. France has criticized Italy for not receiving distressed migrants aboard rescue boats. The Italian government has responded by criticizing the French for sending back migrants who want to stay in France to Italy.

Italy’s relationship with neighboring Austria was long problematic. Austria, forced to resign from South Tyrol to Italy in 1919, failed after World War II to attempt to regain the area. After lengthy negotiations, an agreement was signed in 1969, in which Italy guaranteed special rights for the German-speaking residents of the South Tyrol. But only in 1992 did Austria feel that Italy fully lived up to its commitments.

Since 2005, Italy has no military duty. After cuts and a modernization, the current occupational army together with the Air Force, the Navy and the military police, the Carabiners, amount to about 280,000 men. The country’s strained economy has also left traces in the defense budget.

About 3,000 army soldiers are set to guard important buildings in major cities and patrol with police to increase security and fight crime. The opposition calls it a militarization of society without the intended effect.

Adopts security laws on illegal immigration that are considered targeted at Roma and other non-resident groups in Italy; About 75,000 foreign Roma, mainly from the EU country Romania and the Balkan countries, are estimated to be located in Italy.

Parliament adopts a law that protects the head of government, the president and the Speaker of Parliament from prosecution. This means that several corruption trials against Prime Minister Berlusconi are put on ice.

The government swears in

Silvio Berlusconi takes over as head of government. His coalition is dominated by the people of Freedom, but the Confederation of Nord gets four ministerial posts. One of them is assigned to party leader Umberto Bossi.

The parliamentary election is won by the financier and politician Silvio Berlusconi’s right alliance The People of Liberty in collaboration with the Northern Italian Confederation North and a small Sicilian party. Together, they receive 46.8 percent of the vote and a majority with 344 of the 630 seats in parliamentary house, the Chamber of Deputies. The newly formed leftist Democratic Party is also making a good choice. Together with the Allied Values’ Italy, the Democratic Party gets 37.5 percent of the vote.