Nigeria is a nation in Western Africa. Its capital city is Abuja. With Africa’s largest population and extensive oil resources, Nigeria has the potential to be a great power to be reckoned with. The focus of foreign policy has been primarily on the region, where Nigeria advocates independence, unity, conflict resolution and regional cooperation. 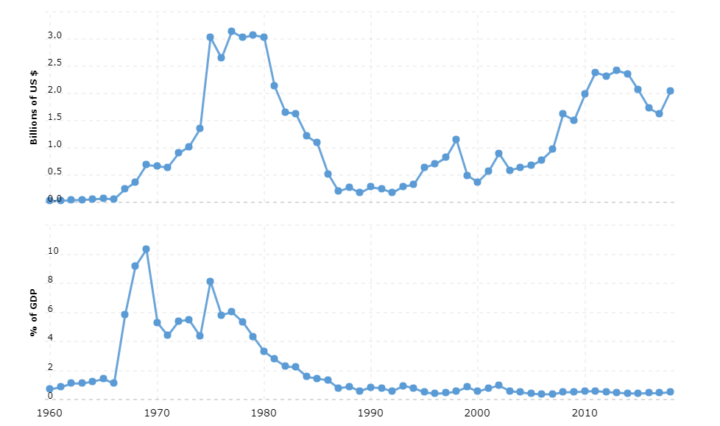 The internal contradictions have to some extent prevented Nigeria from realizing its potential. During the 1993–1998 military dictatorship of Sani Abacha, the outside world was distancing itself, mainly because of human rights violations. EU and US imposed sanctions and Commonwealth (UK and its former colonies) shut down Nigeria from cooperation (see Modern History). The return to civilian rule in 1999 strengthened Nigeria internationally; among other things, the country resumed its role in the Commonwealth. Nigeria’s governors want to give the country a place on the world map, in the hope that it can strengthen Nigerian national cohesion. Nigeria envisages, among other things, a permanent place in the UN Security Council if the Council expands. The Western world, not least the United States, would like to strengthen relations in view of Nigeria’s large oil resources. China and other countries are also showing increasing interest in the country’s natural resources.

In West Africa, Nigeria is already a great power. The country took the initiative to establish the West African Economic Cooperation Organization Ecowas in 1975. Nigeria dominated the Ecowas peacekeeping force Ecomog, which was formed to be deployed in the Liberian War of 1990 and which was also deployed in Sierra Leone and Guinea-Bissau. The peace operations in Liberia and Sierra Leone, also managed by the UN, cost Nigeria billions of dollars and the lives of at least 1,000 Nigerian soldiers.

Peace surveillance in the region has subsequently been undertaken by the African Union (AU) and the UN. With West Africa’s largest army, Nigeria has participated in interventions in Darfur in Sudan from 2004, in Guinea-Bissau in 2012 and in Mali in 2013.

Relations with neighboring countries are predominantly good, but an old border conflict with Cameroon in the 1990s led to military clashes. The conflict mainly affected the small mangrove-covered Bakassi peninsula in the Gulf of Guinea, where there is probably oil. The International Court of Justice in The Hague ruled in 2002 the issue of Bakassi Peninsula, mainly for Cameroon’s benefit. Nigeria delayed but withdrew its troops from the peninsula in 2006 and formally surrendered it to Cameroon in 2008. Many of the peninsula’s nearly 300,000 residents consider themselves Nigerians, and at least a third are reported to have moved to Nigeria in recent years.

The border crossing in the oil-rich Guinea Bay has also previously caused conflicts with Equatorial Guinea and São Tomé & Príncipe, but they were resolved in 2002.

The threat from militant Islamists has prompted a new security cooperation with Benin, Cameroon, Niger and Chad. The Boko Haram terror group, which was initially only in Nigeria, began to perform in 2014 in neighboring countries as well, and emerged more and more as a regional threat that was seen as “West Africa’s al-Qaeda”. The countries agreed on joint military operations, exchange of intelligence tasks and cooperation with arms smuggling. Several Western powers as well as the UN and the AU also pledged support in the fight against the Islamists. In early 2015, the AU approved plans for an international force of up to 10,000 men to fight militant Islamism, headquartered in Chad’s capital N’Djamena.

Nigeria’s armed forces amount to around 80,000 men. About the same number are part of a semi-military security force. Military service is optional.

More than 100 people have been arrested after the demonstration in Enugu city and charged with treason.

The army is accused of abuse

Amnesty International accuses the security forces of going hard against the civilian population in the search for Boko Haram. According to Amnesty, the army is behind several cases of extrajudicial executions, “disappearances” and torture, mainly in the northeast. Reports come from residents of massacres with dozens of dead. The army rejects the charges.

Okah in court in South Africa

The former Mend leader is accused of terrorism in connection with Nigeria’s 50th anniversary celebration (see October 2010). Okah has South African citizenship and therefore the trial against him must be held in South Africa.

Nigeria stops all flights for Nigerians who want to join the pilgrimage to Mecca, since Saudi Arabia rejected 170 Nigerian women who arrived without male companionship. In the past, Nigeria has been exempted from the requirement that all female hajj participants must have male escorts.

Over 100 people, mainly Christians, are killed in two days in the state. The Muslim folk group Fulani is identified. There has long been dissatisfaction among Fulani against Christian political dominance in the state. After a few days, Boko Haram is said to have been behind the attacks.

Jonathan dismisses several of NNPC’s top executives, including the company’s CEO. The measures come after a report on widespread fraud and embezzlement, published in April.

President Jonathan acts as a result of the unrest in the north.

Over 100 killed in Kaduna and Damataru

Anti-Muslim riots break out after blast attacks on three churches in Kaduna, and in Damataru, fighting erupts between Boko Haram and security forces. The weeks before, several attacks and riots have claimed lives elsewhere in northern Nigeria.

About 40 people are killed by a car bomb in Kaduna. Boko Haram, who threatened to strike during the Christian holidays, is suspected of the act. Later in the month, up to 20 were killed in an attack on a university in Kano and a dozen in a suicide attack against a vehicle column in Jalingo, in the state of Taraba.

Jonathan has called on the Islamist group’s representatives to come forward and explain what they want, but they reject the invitation since police shot eleven members of the group in Maiduguri.

The Chief of Police is dismissed

He must go so that a suspected instigator of the mass murders during Christmas could escape detention. All six deputy managers may also go.

At least 185 people are killed in the big city in the north. Boko Haram claims to have carried out the attacks because the authorities have refused to release imprisoned members of the organization.

The abolition of fuel subsidies triggered strikes and protests that paralyze parts of the country, and several people are shot to death. The president is forced to partially reintroduce the subsidies, after which a announced general strike is suspended.